I am still unclear on the insistence to end any challenges before we actually see the extent of alleged irregularities. I have expressed skepticism on past claims, but we now have sworn allegations of fraud. Why not look at the evidence? 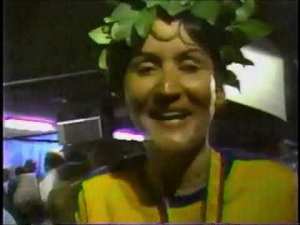 Pulling A Rosie Ruiz: The Risky Business of Calling American Presidential ElectionsBeing a legal analyst often makes you a killjoy at a party.  As millions broke out in celebration over the calling of the election for Joe Biden (including most of my immediate family), I watched w…https://jonathanturley.org/2020/11/08/pulling-a-rosie-ruiz-the-risky-business-of-calling-american-presidential-elections/
Again, we would not know if we have systemic rather than episodic problems until we look at this evidence. It is not about sharpies or poll watchers. It is about possible problems in software and authentication systems. What is the harm in allowing courts to review such claims?
...The demand for clear evidence of systemic violations during the tabulation stage is bizarre. We would not necessarily have such evidence, which is largely held by election officials. As expected, we have a series of localized affidavits and allegations of intentional fraud...
...It is like saying that a patient has low white blood cell level but insisting on stopping testing if you cannot conclusively say that there is cancer. These initial allegations may or may not be indicative of a more systemic problem. Let's find out.
Posted by mark wauck at 1:32 PM