There's not much point in discussing the utter shame that the political and Deep State establishment has brought America to. They think we deserve this. So be it. It's up to us to react and prove that we don't. I doubt anyone actually cares what Zhou said--I know I don't, and I can't imagine any serious person caring. The interesting question is: Who wrote the list? Ron Klain or someone else? Miss-Information?

The great thing would have been if Kelly O'Donnell had asked: Uh, who wrote that list?

Sadly, that's not the most shameful list we heard about today. That would be the list of Americans and Afghan friends that we reportedly turned over to the Taliban.

UPDATE 1: As usual, ER is on to something--it's not just Zhou's credibility (did he ever have any?) that's swirling downward ...

The deafening silence you hear today is our corrupt political class in Washington running from the consequences of supporting Biden over Trump in 2020. As well as the press. And Big Tech. And the intel agencies. And half of the GOP.

Their credibility just bit the dust in Kabul.

UPDATE 2: Don't forget the elephant in the room--because it connects to everything else:

America's intelligence community gave a classified report to President Biden on Tuesday that was "inconclusive about the origins of the novel coronavirus."Do you know what that means? It means that pro-China elements are in charge of America's intelligence community.
Did you think the intelligence community was going to confirm that COVID came from the Wuhan lab in China?Because 6 months ago DNI Ratcliffe told you China interfered in the 2020 election & "CIA Management" actively suppressed that information, according to the IC itself.
Here's the most important letter from the IC that you've probably never seen: 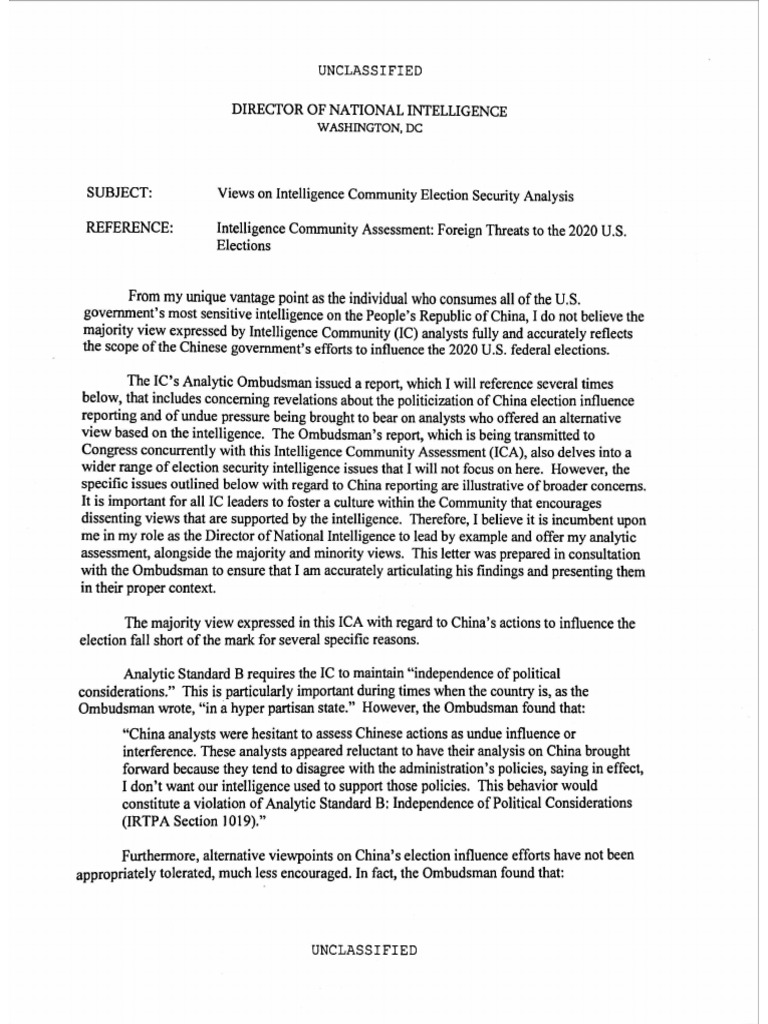 Ratcliffe - Views on Intelligence Community Election Security AnalysisRatcliffe - Views on Intelligence Community Election Security Analysishttps://www.scribd.com/document/491038048/Ratcliffe-Views-on-Intelligence-Community-Election-Security-Analysis#from_embed
We also know that US intel agencies met on Feb 3, 2020 to discuss COVID origins. Which virus experts did the IC consult? Dr. Fauci, Peter Daszak & Ralph Baric! The same people who created & funded COVID were picked to tell US intel that COVID was NOT man-made!
There's also very solid evidence that China did research on COVID vaccines PRIOR to the virus being "leaked" from Wuhan. That would indicate the "leak" was intentional and thus an act of war. China filed vaccine patents much too early for the leak to be an accident.

The people who own Zhou and own the Afghan debacle also own Covid.
Posted by mark wauck at 5:35 PM