I really do want to keep this brief. I'm very much aware that life on planet earth is pretty much all about Covid now--certainly in the developed world. It's not just about health. It's very much--very, VERY much--about politics. Still, it's hard not to feel a bit burned out at times. The basics are known. As Dr. Robert Malone said over the weekend, none of what has happened has come as a surprise because the science behind it all is pretty much old hat stuff.

Still, here are a few notes to keep us up to date.

Zerohedge, despite it's other merits as an aggregator of news and views that are hard to get otherwise, has been pretty much rooting for the vaxxes. Today, however, they're running a worthwhile post:

Rather than quote extensively from the post, I'll simply paste in a graph that should absolutely scream "herd immunity" at you: 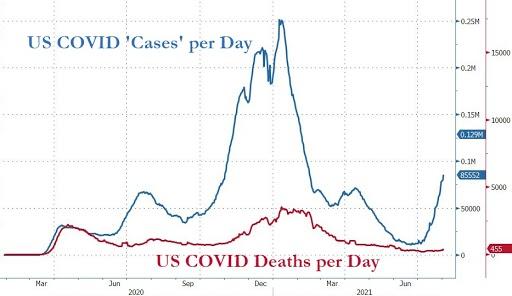 Next, tell me if this seems weird to you. It's something I picked up from TGP:

NIH Director Francis Collins on Tuesday said parents should wear masks at home in front of their unvaccinated children.

Collins conceded that it “may sound weird” that people should wear masks in their homes, but he advised it anyway.

“Parents of unvaccinated kids should be thoughtful about this and the recommendation is to wear masks [at home] as well,” Collins said. “I know that’s uncomfortable. I know it seems weird but it is the best way to protect your kids.”

This is just another liberal thing. "Weird" goes with the territory. Or maybe, insanity? Embrace the weird!

Finally, Powerline has a podcast that's worth a listen--at least in part--if you have some time (a half hour or a bit more).

Roche has a range of interesting observations to offer--some you'll be familiar with, while other aren't often mentioned. Still others are discussed from a fresh angle.

For example, the virus isn't going to go away, and vaccines won't make that happen. Even with 100% vaccination. It can't happen with a "leaky" vaccine. We have to adapt to the virus, we have to learn to live with it--these are themes he returns to repeatedly. I think most of us are familiar with all that, but he expresses it well.

Another example, beginning around the 12:00 mark he points out what should be obvious to everyone: Old people--whether they're vaccinated or unvaccinated--are much more susceptible to serious disease. This is simply because old people's immune response is weaker--and it doesn't matter whether or not they've been vaccinated. A vaccine of this sort has to work with the immune system it's injected into. If it's old and weak, the response to the virus will be correspondingly weak.

What's a signal of this truth? The fact that most of the crossover cases are in ... old and frail people. They've been vaxxed, but that doesn't change basic biology. Raise your hand if you think this is news to doctors.

Moving on logically from that insight, beginning around 15:45 they get into a discussion on old people in nursing homes. Roche points out that the average life expectancy of someone in a nursing home is 6-9 months. They're on borrowed time, and almost any disease can bring a close to their lives. But Roche goes on to decry the inhumanity with which these people were treated, by putting them into--essentially--isolation. Cutting them off from virtually all human contact, including their families, deprived them of the will to live--a fact, he says, which is reflected on death certificate entries: "failure to thrive," etc. They gave up when they were deprived of human contact.

Here's an exchange I really liked, so I'll transcribe it, because I think it's very true:

Hayward: You try as best you can to refrain from imputing bad motives, but ... the CDC and all these Public Health Directors, ... most of them aren't medical doctors. They're Masters in Public Health Administration or some ... BS public administration field. It's pretty clear they like the limelight, they have a new found power, they have what I call, "Fauci envy." ... Is the CDC doing this out of sincere scientific judgment, or ... Where do you come down on all this? What proportion of ineptitude to you ascribe to all this, Group-Think, or bad motives on the part of people who like the power and the limelight?

Roche: I don't actually think it's that much of the latter [power hunger]. Look, if you study organizational behavior this isn't unique to government. Large organizations breed certain human behavior. Among them are a herd mentality, an inability to question higher ups in an organization. I think that's exacerbated in government by the fact that it's almost impossible to fire people. And I definitely think it's true, and I know this sounds disrespectful, that the people who wind up in government, and I think Fauci is a prime example of this, could never cut it in the private sector. They would be incapable of responding to marketplace demands and forces. So I personally think the CDC is filled with incompetent people--like all of government. It's become highly politicized, which is a tragedy. It's responding at this point, I believe, to directives from the White House around public messaging and what they should be telling people. And that's why the CDC ... has lost all credibility.

To that I would add that I believe there's a bit more in play. Not all of these types of human behavior and motivations are mutually exclusive. For example, how much do these behaviors reflect "an inability to question higher ups" and to what extent do they reflect cynical calculation connected to career advancement? In other words, a degree of moral turpitude that's endemic in human society. There's also the question of ideological fanaticism--mad scientist syndrome. People who should know better don't question higher ups because they come to identify with the fanaticism of their particular establishment.

All this is, as Roche says, exacerbated by civil service protections, which were put in place by the progressive devotion to "experts" and "expertise." We have as a byproduct of this progressive delusion a vast government bureaucracy that has made our constitutional order virtually unrecognizable in relation to what the US started out as. Not just from the developments entailed by technological progress but very much in terms of the outlook on human nature and the relationship of people and the government. 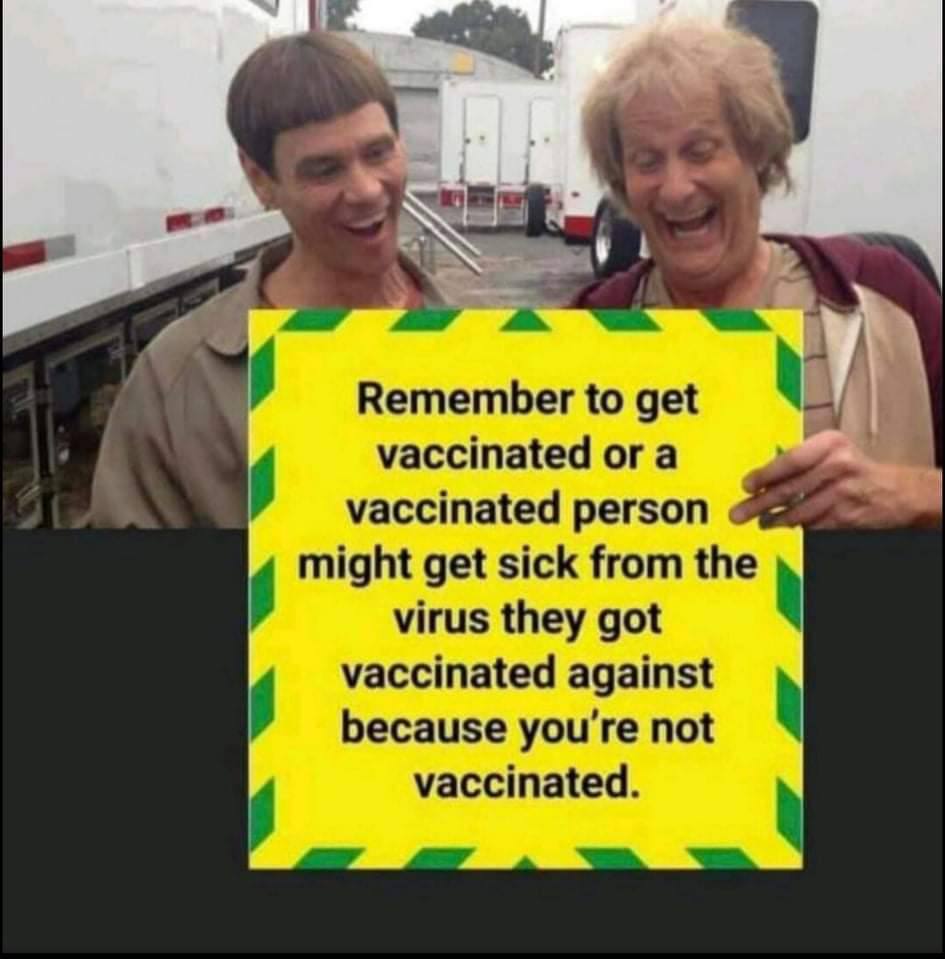 Antonin Scalia Law School Professor Todd Zywicki, who recovered from a bout with COVID and has blood tests showing antibodies to the virus, said he will not agree to the university’s policy that employees get the vaccine or face numerous sanctions.

“George Mason is forcing me to choose between serving my students on one hand and undergoing an unnecessary and potentially risky medical procedure on the other,” Zywicki said in a statement.

“Multiple clinical studies have shown that natural immunity provides at least as much protection against reinfection as the most effective vaccines—and unquestionably more protection than less-effective vaccines from China and elsewhere that university policy approves,” said the law professor, who has taught at GMU since 1998.

At issue is a policy that “requires all unvaccinated faculty and staff members, including those who can demonstrate natural immunity through a prior COVID-19 infection, to wear masks on campus, physically distance, and undergo frequent COVID-19 testing,” according to the New Civil Liberties Alliance, which represents Zywicki.

The policy allows administrators to strip employees who choose not to share their vaccination status of eligibility for future merit pay increases, according to the alliance, which sent a 37-page letter to university leaders demanding Zywicki be exempted.