Sweden is held out by some as a model of how to deal with the COVID pandemic. Their strategy is to have totally voluntary social distancing and trust in the development of 'herd immunity,' but not to shut things down. Some Swedes are starting to have second thoughts and these two graphs will explain why:

First, we have a comparison of Swedish death rates with those of Norway and Denmark--extremely close Scandinavian neighbors. The numbers show cumulative deaths, so the numbers in Scandinavia are pretty low, but note the difference in trajectories and recall that there's a fairly lengthy time span from initial infection to death:

The second graph compares deaths per million people from selected countries. Note that Sweden's trajectory is close to that of Italy--not something public health officials would normally want to emulate. Also note that while Germany was not long ago being held up as demonstrating that the overall death rate for COVID will turn out to be quite a bit lower than expected--the idea that our death rate would come down toward Germany's--instead we see that the US and Germany are continuing on extremely similar trajectories: 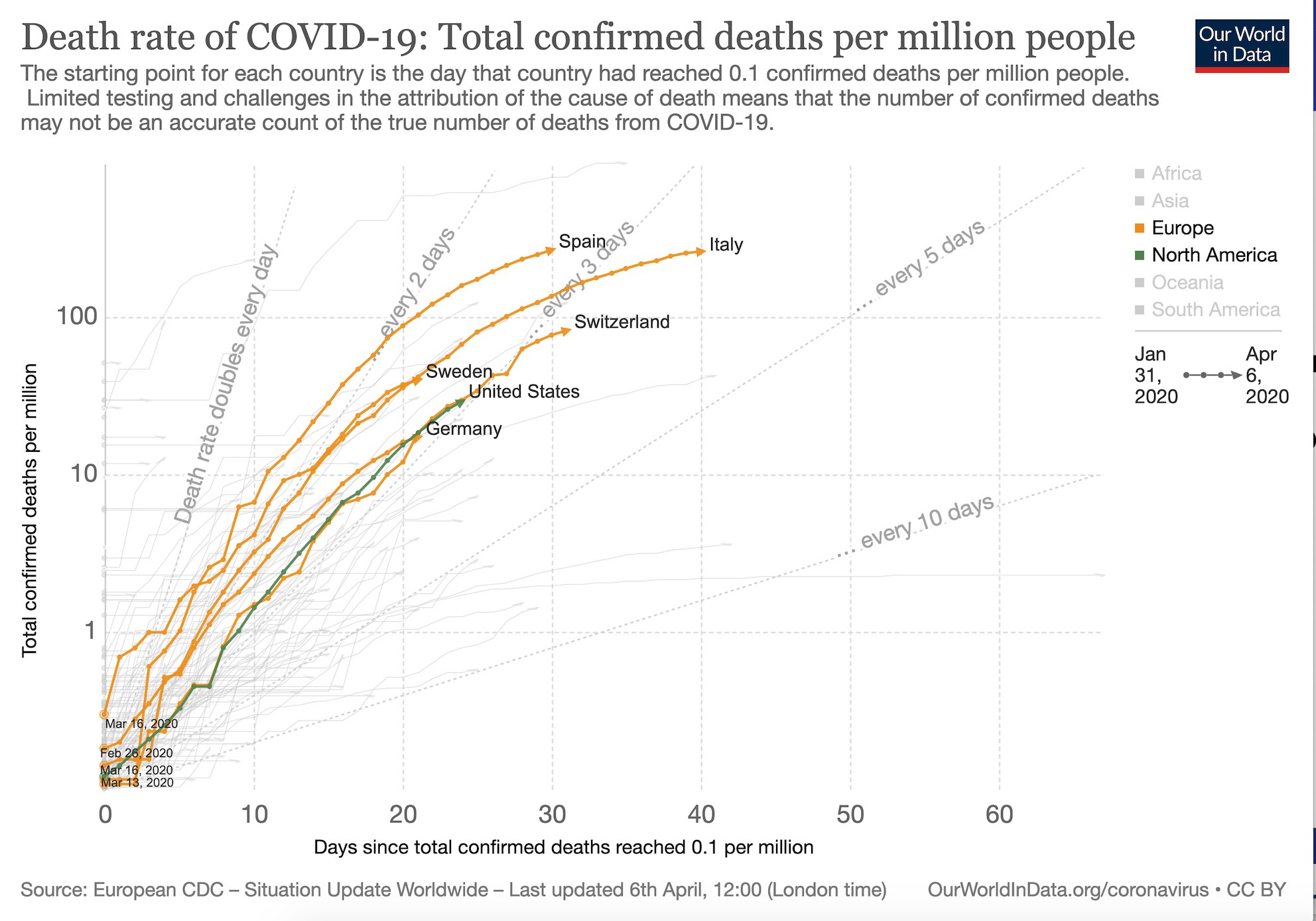