Trump Does The Right Thing

And that happens to also be the smart thing. He's calling on the American people to resist the corrupt know-nothing tyranny of woke pseudo-science. He's also calling on Americans to stand up for their children, the country's future: 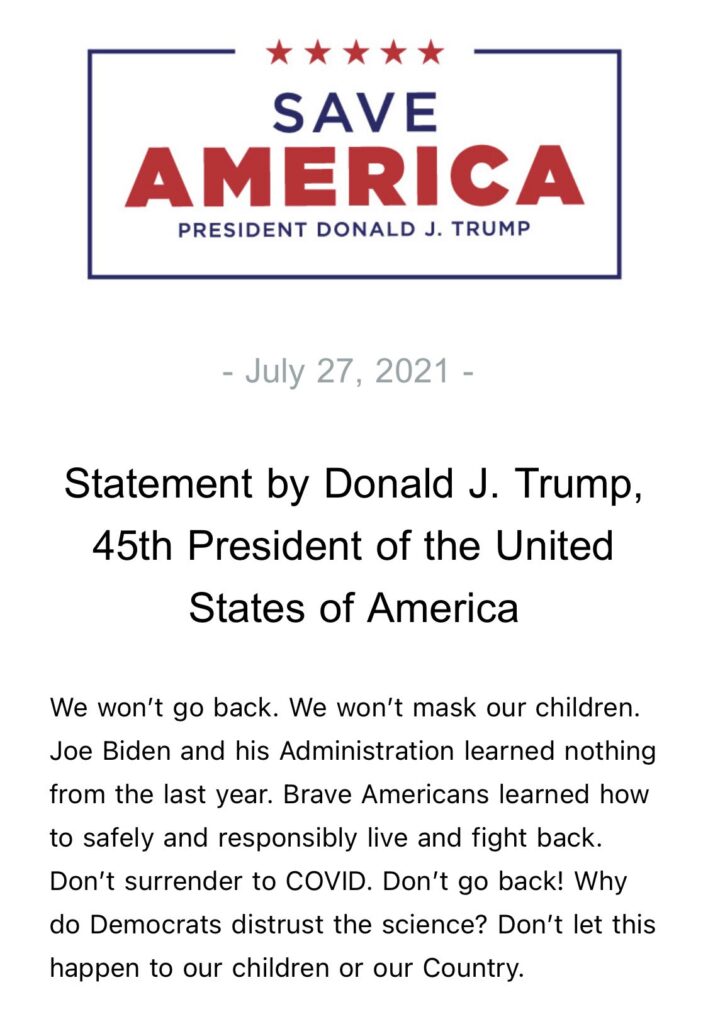 In doing so he's putting the GOP brand in play and staking his claim--on a matter of principle--to stand for the party. He's setting the MAGA GOP apart from and in opposition to the GOPe of Mitch McConnell, Mike Lee, and their ilk, who are for coercing Americans into line to participate in a dangerous experiment. It's a red line. The eyes of conservatives will be focused on which side of the line candidates stand.