A lot of people are searching for further segments of Mark Levin's interview of AG Bill Barr, but this intro is pretty excellent:


AG Bill Barr: The American Left is Secular and Only Feels Grace When They're in Power


Barr's opening remarks are an excellent lead-in to what follows.

Don Surber has a longer than usual historical retrospective of US politics leading up to where we are now: 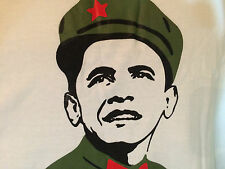 Indeed. It began with the election of Ronald Wilson Reagan as president.

Reagan came along and not only whomped Carter, but he took the Senate, a body Republicans had not held in 26 years.

The Reagan Revolution threatened the [Dem] party because he stood fast against communism and high taxes. He dared call the Soviet Union the Evil Empire. He also inspired a generation of conservatives to get involved in politics again. Along with Pope John Paul II, Margaret Thatcher, and Lech Wałęsa, Reagan brought down the USSR, albeit on his successor's watch.

He said Tear Down This Wall and 3 years later, the wall was gone. All 96 miles of it.

All good things come to an end. Bush 43's presidency led to Obama and Democrat control of the House and Senate for the first time since the first two years of the Clinton presidency.

The public did not buy Republican-lite and after 2 years, turned both houses of Congress over to Republicans in the Gingrich Revolution.

Which is why 14 years later, Obama used a Democrat-controlled House and Senate to go hardcore with Obamacare. The Republican takeover of the House in 2010 surprised them. Democrats had thought they would rule for 40 years. James Carville explained it all. When their 40 years became just 2, they panicked a little. But Obama used executive orders to do their dirty work. They were confident that 2016 would return them to full power.

The election of President Trump gave Republicans rare control of both houses of Congress and the White House. But his was a new Republican Party that was hellbent on putting America first. This clashed with the old guard. Paul Ryan and the rest took their ball and went lobbying, turning over the House to Nancy Pelosi in 2018.

Democrats have abandoned incrementalism this time. They embraced a Scorched Earth policy. If they cannot rule America, then there will be no America.


I need to add at this point that, all throughout the supposedly good years for conservatives, the Left was cementing its stranglehold on indoctrination of the rising generations via "education." While America slept. And that leads, via Surber's concluding paragraph, to:


And of course that's not just Chicago. One wonders who told Dems this was a smart strategy. Glenn Reynolds must be right. It must be a weird death wish, or maybe the Dem Samson Option--if we can't have the house we'll burn it down.

Professor Giuseppe Tritto, an internationally known expert in biotechnology and nanotechnology, says that the China Virus definitely wasn’t a freak of nature that happened to cross the species barrier from bat to man.


August 10, 2020 (LifeSiteNews) – It will not be possible for the Dr. Fauci’s of the world to dismiss Professor Giuseppe Tritto as a crank.  Not only is he an internationally known expert in biotechnology and nanotechnology who has had a stellar academic career, but he is also the president of the World Academy of Biomedical Sciences and Technologies (WABT), an institution founded under the aegis of UNESCO in 1997.

In other words, he is a man of considerable stature in the global scientific community.  Equally important, one of the goals of WABT is to analyze the effect of biotechnologies—like genetic engineering—on humanity.


And American can be proud that even now, the guy who helped fund this, is still free to propagandize.