Could Be Very Big For Flynn

Judges don't like to be defied and they think--with good reason--that they're the ones who decide what's relevant. This is the Team Mueller prosecutors--not DoJ--who are defying the judge. I'll be surprised if Barr doesn't have something to say about this--and may even welcome the opportunity to get involved.

Justice Department fails to comply with court order to release transcripts of Michael Flynn’s conversations with Russian ambassador 
3:31 PM - 31 May 2019

OK, here's how it works: 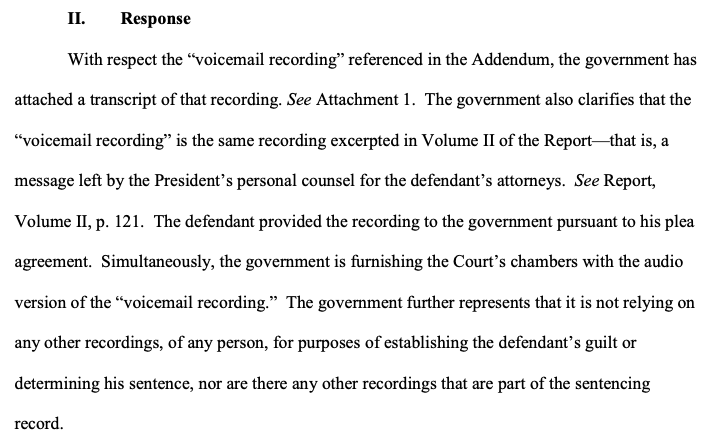 Holy cow, look how carefully the Mueller team worded this response about FBI recordings of Michael Flynn.  Notice how they avoid production, by parsing, there are no recordings "that are part of the sentencing record".
 
 
Techno Fog‏

Compliance may be an issue. Awaiting Judge response...


Is all kinds of stuff about to hit the fan? CTH has details. Check this out.

What will Judge Sullivan think of this kind of shady dealing? Stay tuned.