UPDATED: About that IC Assessment: Paul Sperry Has Good News

There has been a continuing undercurrent of discussion in the comments regarding what has usually been referenced as the "NIA" but it's more properly termed the ICA: Intelligence Community Assessment. That's the document that has to a great extent set the terms of official DC and news punditry discussion concerning alleged Russian "meddling" or "interference" in the 2016 US Presidential election. The official name of the public (unclassified) summary document is Assessing Russian Activities and Intentions in Recent US Elections. This "assessment" spread the narrative that Russian "meddling" in 2016 was part of a long line of Russian interference in our elections that marked the "boldest" Russian effort "yet," and that it should be viewed as a harbinger of future such efforts building on the "qualified success" of 2016. The ICA has fueled Establishment hysteria about Russia generally.

Several commenters, including myself, have expressed frustration that there has been so little public examination of the ICA, so little subjection of the ICA to critical analysis. Yesterday Paul Sperry linked to an important article addressing precisely this issue, dated 2/22/18, and there is good news: the ICA has, in fact, come under signficant scrutiny, and that scrutiny has come from sources which, in my opinion, make it a virtual certainty that the ICA will be targeted by Bill Barr's investigators in the coming weeks and months. Indeed, it may in fact be a very high profile target and may well explain the sweeping grant of declass authority accorded to Barr by the recent presidential order--which places Barr over CIA and DNI.

Writing in Yet another way Obama’s spies apparently exploited the Trump ‘dossier’, Sperry first set out the background, as above--but please note, the "dossier" he referrs to as the "Trump" dossier is actually what is normally termed the "Steele Dossier":

The much-hyped Obama intelligence report that determined “Vladimir Putin ordered” Hillary Clinton’s campaign emails hacked and leaked “to help Trump’s chances of victory” has been accepted as gospel among DC punditry and given the investigations besieging the Trump presidency their legs. To date, no evidence has publicly emerged to corroborate the report, and the reason may have a lot to do with that sketchy [Steele] dossier bought and paid for by Clinton.

Suspiciously, Barack Obama’s Intelligence Community Assessment matches the main allegations leveled by the Clinton-paid [Steele] dossier on Trump, which wormed its way into intelligence channels, in addition to the FBI, Justice Department and State Department, during the 2016 campaign.

After learning Obama Justice and FBI officials relied heavily on unsubstantiated rumors in the dossier to wiretap a Trump adviser during the election, congressional leaders now suspect the dossier also informed Obama intelligence officials who compiled the ICA.


Then comes the important part:


Staff investigators for GOP Rep. Devin Nunes’ intelligence committee, for one, are now going over “every word” of the ICA — including classified footnotes — to see if any of the analysis was pre-cooked based on the [Steele] dossier. On Tuesday, Nunes sent letters to Obama intel officials responsible for the report. He demanded former top spook John Brennan and intel czar James Clapper provide answers about how they used the dossier in intel reports and when they learned the Clinton camp paid for it.

Under oath, Brennan has denied knowing the Clinton campaign commissioned the dossier. He also told the House intelligence panel the CIA didn’t rely on the dossier “in any way” for its reports on Russian interference. Committee staff are taking a second look at his May 2017 testimony.

Clapper, for his part, conceded in a recent CNN interview that the ICA was based on “some of the substantive content of the dossier.” Without elaborating, he maintained that “we were able to corroborate” certain allegations.


It seems apparent that, just as the FBI was enabled by Rod Rosenstein to stonewall the House investigators to a distressing extent, the CIA and DNI also were able to stonewall the House investigators. And that, of course leads to the question: What exactly was Mike Pompeo doing while he headed the CIA and what exactly has Dan Coats been up to at DNI? They'll be providing answers to those questions to Bill Barr in future, unless I'm very much mistaken.

Sperry goes on in the article to explain how the ICA was rigged to exclude dissenting views--ground I think we're all familiar with. But he concludes with the assessment of a former CIA analyst who had experience working on Intelligence Assessments:

So far, the investigative evidence is not lining up with the ICA’s conclusions. That’s because “the ICA is for the most part simply a reflection of the dossier’s central findings,” Fleitz said. Congressional investigators agree the similarities are “suspicious.”


Here's my assessment: I assess that there's zero chance that Bill Barr will not take a very close look at the origins of and the role played by the ICA in the Russia Hoax. 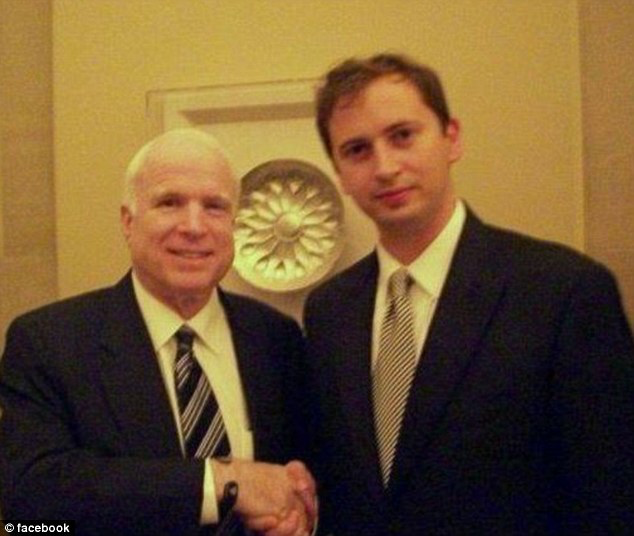