The World Health Organization suspended trials immediately after the study published in Lancet. Switzerland, which had been using the treatment, prohibited the use of the drug in COVID-19 shortly after that on May 27th. The retraction was so stealth that the ban was not lifted in Switzerland until June 11th.
This window allowed French researchers to analyze what happened in the entire population of COVID-19 patients during the ban. They used the case fatality rate (CFR) as the measure observed. The graph is stunning. 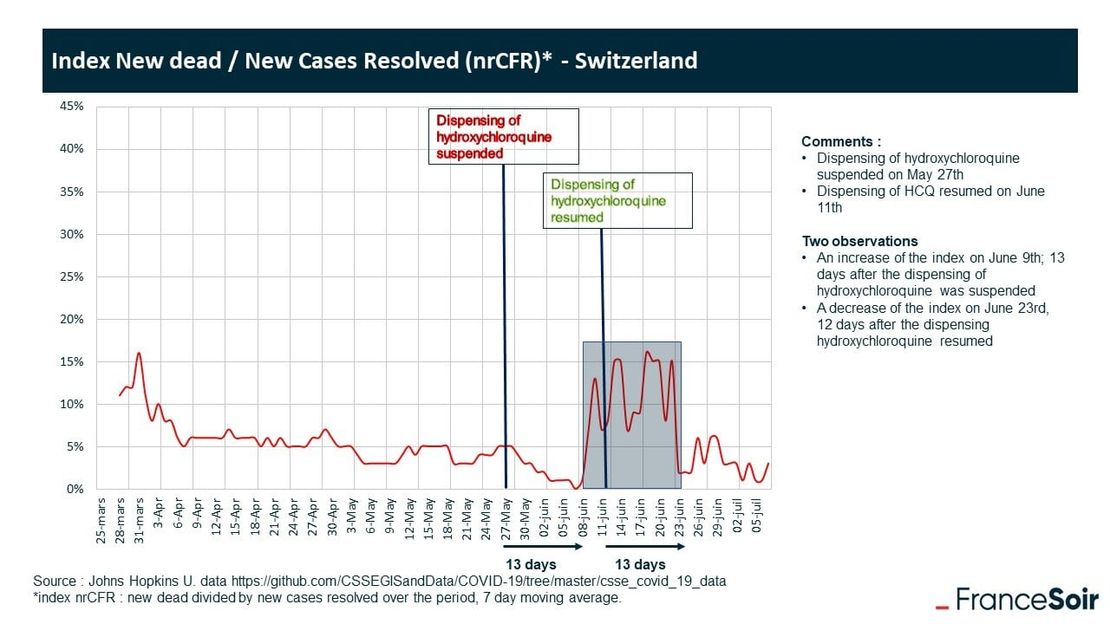 It also the only period where the Swiss CFR approached or exceeded that in France where there has been no use of hydroxychloroquine outside a few isolated trials. 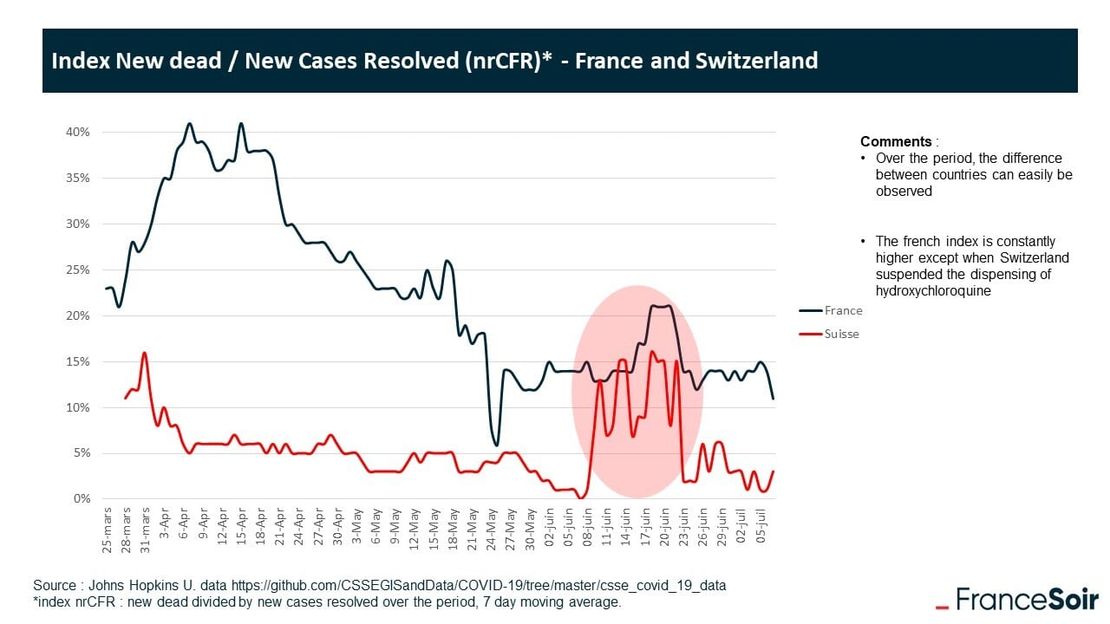 The CFR returned to the highest level it had been since early in the pandemic at over 15%. Upon resumption of treatment with hydroxychloroquine, it returned to below 5%.

Updating Your MMR Vaccine Might Help Fight COVID. Here's How.

Some researchers are theorizing, based on an understanding of immune system responses, that vaccines currently available should help prevent some of the most severe illnesses caused by COVID-19. The American Society for Microbiology published the first information on it in Science Daily. According to the post:

Administering the MMR (measles, mumps, rubella) vaccine could serve as a preventive measure to dampen septic inflammation associated with COVID-19 infection, say a team of experts in this week’s mBio, a journal of the American Society for Microbiology.

MMR vaccines are comprised of attenuated viruses. This means the vaccine contains a living, though weakened, virus. The intention is for the weakened virus to activate your immune system without making you ill.
According to the researchers, these types of vaccines create a specific immunity to the intended viruses. However, they create enhanced non-specific immunity, which is the first line of defense against infection.  Attenuated virus vaccines train the precursors to immune system cells in the bone marrow to function more effectively against all pathogens. They make what is referred to as your innate immune system function more effectively.
The researchers tested their hypothesis by using other attenuated pathogens and noted they produced a specific type of cells made in the bone marrow that seem to prevent inflammation.

Myeloid-derived suppressor cells (MDSCs) are a newly identified, heterogeneous population of immature myeloid cells that are characterized by the ability to suppress both innate and adaptive immune responses.

How MMR Vaccines Could Work

Some of the most severe effects of COVID-19 are an overreaction of the immune response, sometimes referred to as a cytokine storm. This response causes inflammation and sepsis, which can cause organ failure, abnormal clotting, and death. Research related to cancer shows these MDSC cells can suppress a range of immune responses the body generates in response to tumors.
These researchers find MDSC’s also combat inflammation caused by an infectious pathogen. Because, unlike antibodies, they are non-specific, the hypothesis is they can act against inflammation and sepsis from a range of causes.
The research is summarized with other evidence supporting the hypothesis: