Regarding Barr's Remarks Today On The Durham Investigation

By now everyone will be aware that AG Barr stated today that he "doesn't expect" that the involvement of Obama and Biden in the Russia Hoax "will lead to a criminal investigation over either man. Our potential on criminality is focused on others."

That's a kind of good new - bad news statement. The good news is for Obama and Biden. The bad news has to do with those "others" on whom Durham is focused, because I assume that that this increases Durham's determination to take his investigation as high up the chain of command in the Obama administration as possible.

Strictly speaking, Barr's words could be parsed in a number of ways, and contradictions founds.

One standard for every American? Except ex POTUS and VPOTUS? How does that work?

On the other hand, "doesn't expect ..."? Is Barr open to surprises?

Rather than nitpick, however, I think we understand where he's coming from--he, unlike Dems, is actually concerned for the country. He wants--again, unlike Dems--to point the way to depoliticizing justice in America. It's a laudable goal and worth striving for--no matter how unrealistic it is. Here is Undercover Huber's summary:

—Durham is a criminal investigation

—Durham’s focus “is on others” involved

—DOJ under Obama had “dual standard” - rules for Trump, and rules for everybody else

—DOJ must have *one* standard for *every* American

—Not every “abuse of power”, no matter how egregious, is necessarily a federal crime that can be prosecuted

—But Durham is trying to “get to the bottom of what happened”, and if crimes can be proven, will bring perpetrators to justice


And here's a "rough transcript of Barr's words: 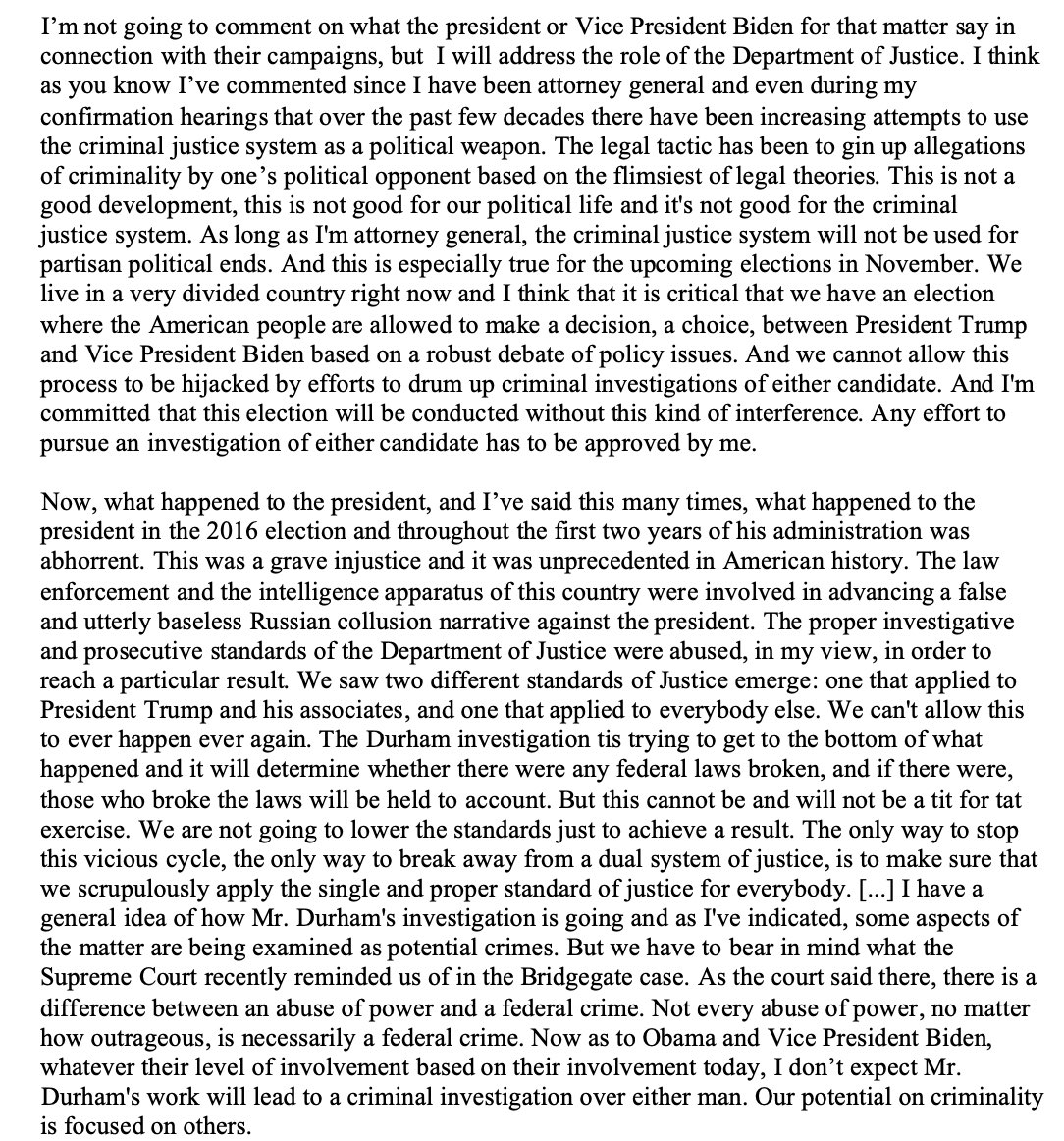