The Hill is reporting that President Trump has advised John Ratcliffe that he will not nominate Ratcliffe for DNI--Trump withdraws Ratcliffe as Intelligence pick:

Trump's abrupt announcement came after days of scrutiny of Ratcliffe's background and past statements critical of former special counsel Robert Mueller's Russia investigation. Several Republican senators had declined to weigh in on his nomination, as he withstood a barrage of criticism from Democrats.

Trump had not officially nominated Ratcliffe for the role.


What this may mean is that unless Trump can find a nominee acceptable to "several Republican senators"--unnamed--Deep State operative Sue Gordon may be acting DNI. RINOs acting in concert with Deep State and Dem senators against their President.

Lawfare/Swamp efforts to elevate Sue Gordon - their choice DNI, and ally of John Brennan - while they go scorched earth against Ratcliffe.
 
1:12 PM - 29 Jul 2019

Plan: get Sue Gordon (CIA/Swamp Choice) as Acting DNI, stall/defeat Ratcliffe.
Essential for Republicans like @SenatorCollins to recognize this. 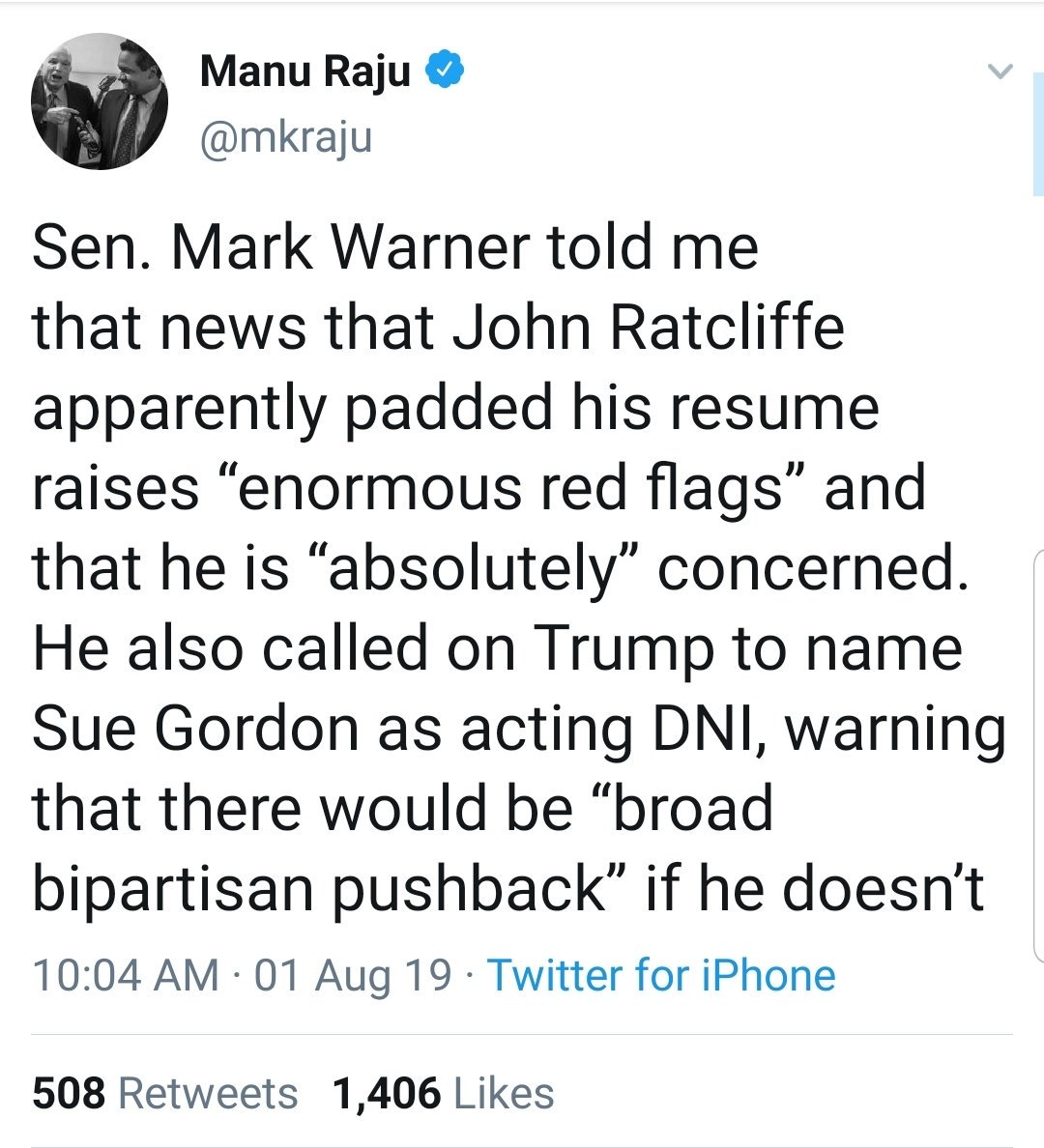