If someone tries to get you to bet that Epstein will be released on bail--don't do it. Will Chamberlain explains it all, and as a bonus explains why the non-prosecution agreement in Florida won't stop the SDNY from prosecuting Epstein


Right off the bat its clear why SDNY thinks it can pick up the baton
Alleging that Epstein trafficked girls in New York as well as Florida.

Another fascinating tidbit - SDNY argues against bail due to a high risk of witness tampering/obstruction of justice.

Evidence? Well, in the prior case, Epstein proffered a plea to precisely those charges!

Also, when it comes to the actual laws on bail, it's not good for Epstein: bail is presumed to be inappropriate when someone is charged with a sex trafficking offense. 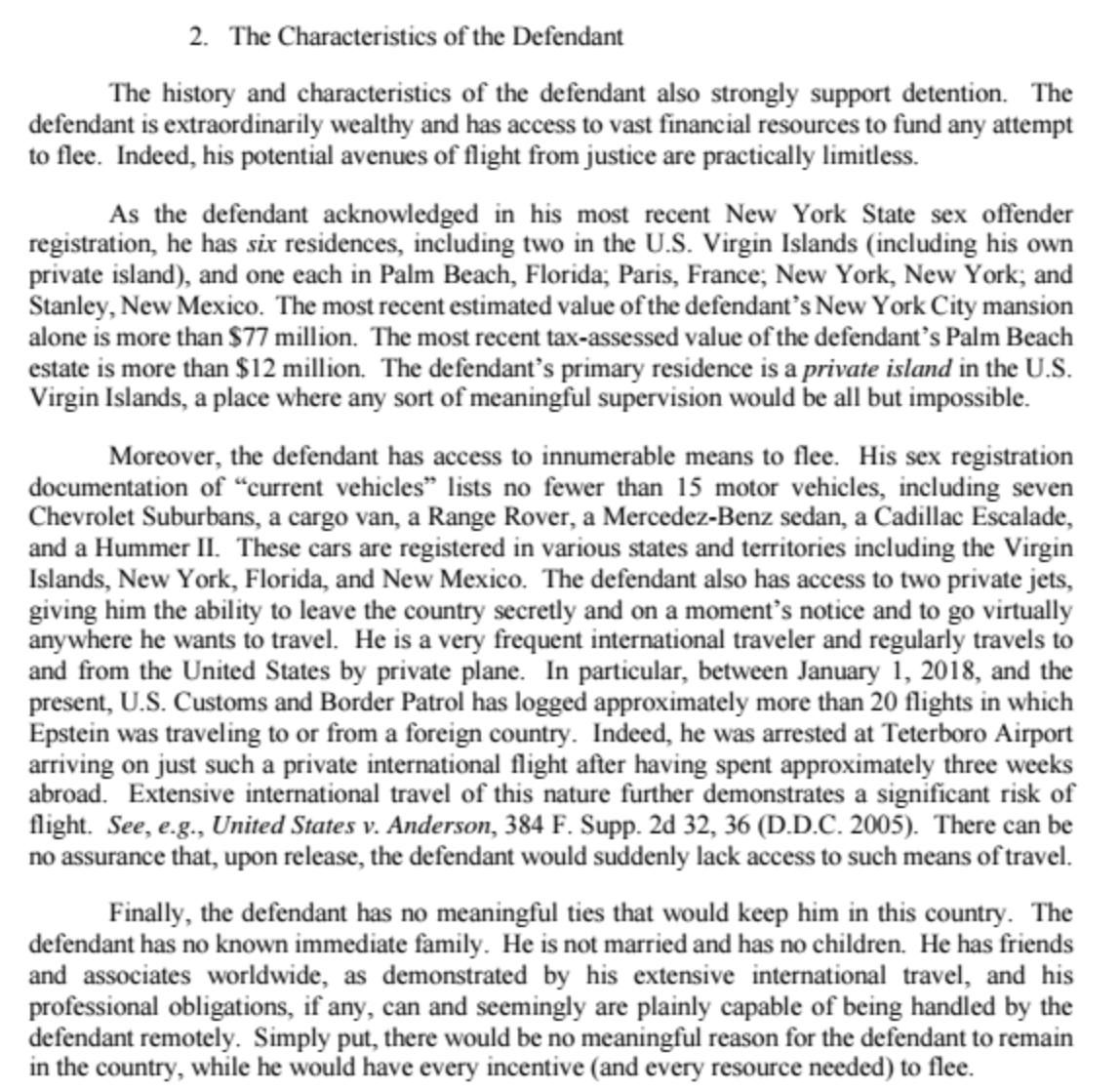 Yeah that non-prosecution agreement in Florida isn't going to save Jeffrey Epstein.

Second Circuit law is pretty clear on the question 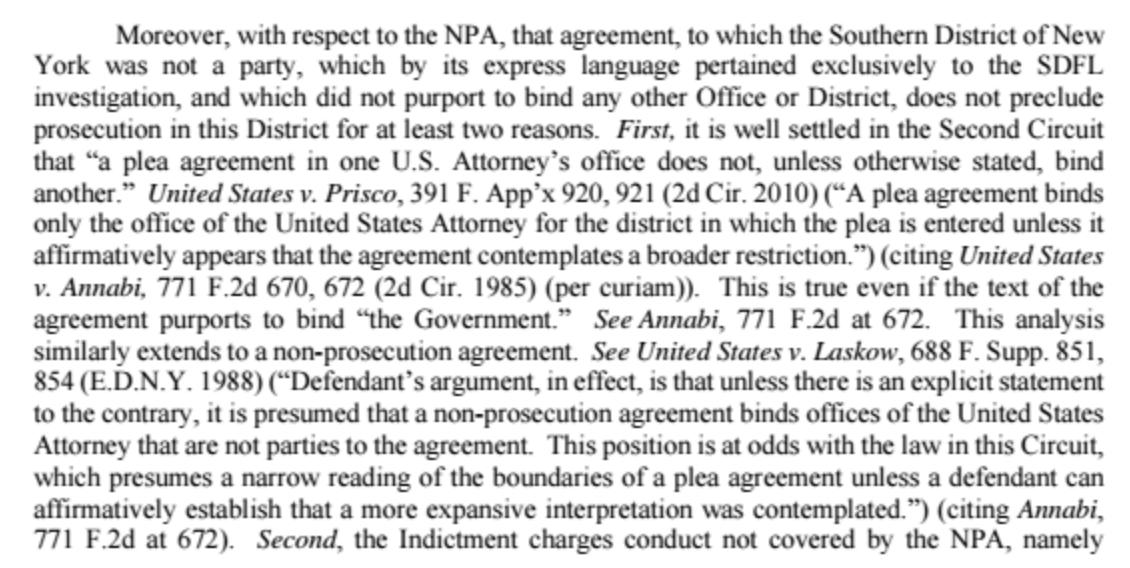 FYI - this bail memorandum from SDNY is in many ways more enlightening than the indictment: