The senator seeking the subpoenas is Ron Johnson, who heads the Homeland Security and Government Affairs Committee. That's the news in Chuck Ross' story Senate Panel Approves Subpoenas For ‘Spygate’ Figure Stefan Halper, 40 Others. Unfortunately I've been unable so far to come up with any documentation that includes the full list. Perhaps later in the day.

What's possibly newsworthy is that, if I'm correct that most Senate investigative actions have been coordinated with DoJ in light of the Durham investigation, this could be a signal that Durham's investigation is complete as regards the persons on the list. It's difficult to see much happening with these witnesses before the election. In fairness to Johnson, Ross reports that he first sought subpoenas back in June but Dems used procedural measures to block his requests.

Here's what we know from Ross' article. Presumably these people are on the list:

The "errors" mostly involved the Carter Page FISA. Somma was a case agent on the FBI's Carter Page investigation. Links for Somma are here.


UPDATE 1: More details from Fox. Still not a complete list, but additional names. I'll highlight those not previously named:

The committee also authorized a subpoena for James Baker, the director of the Office of Net Assessment at the Defense Department. That office awarded government contracts to Halper, including one in September 2015.


It's known that Senator Johnson has been looking closely at ONA's James Baker, so that's no surprise. Of special interest is the inclusion of Obama WH officials on the list: Power, McDonough, and Rice. 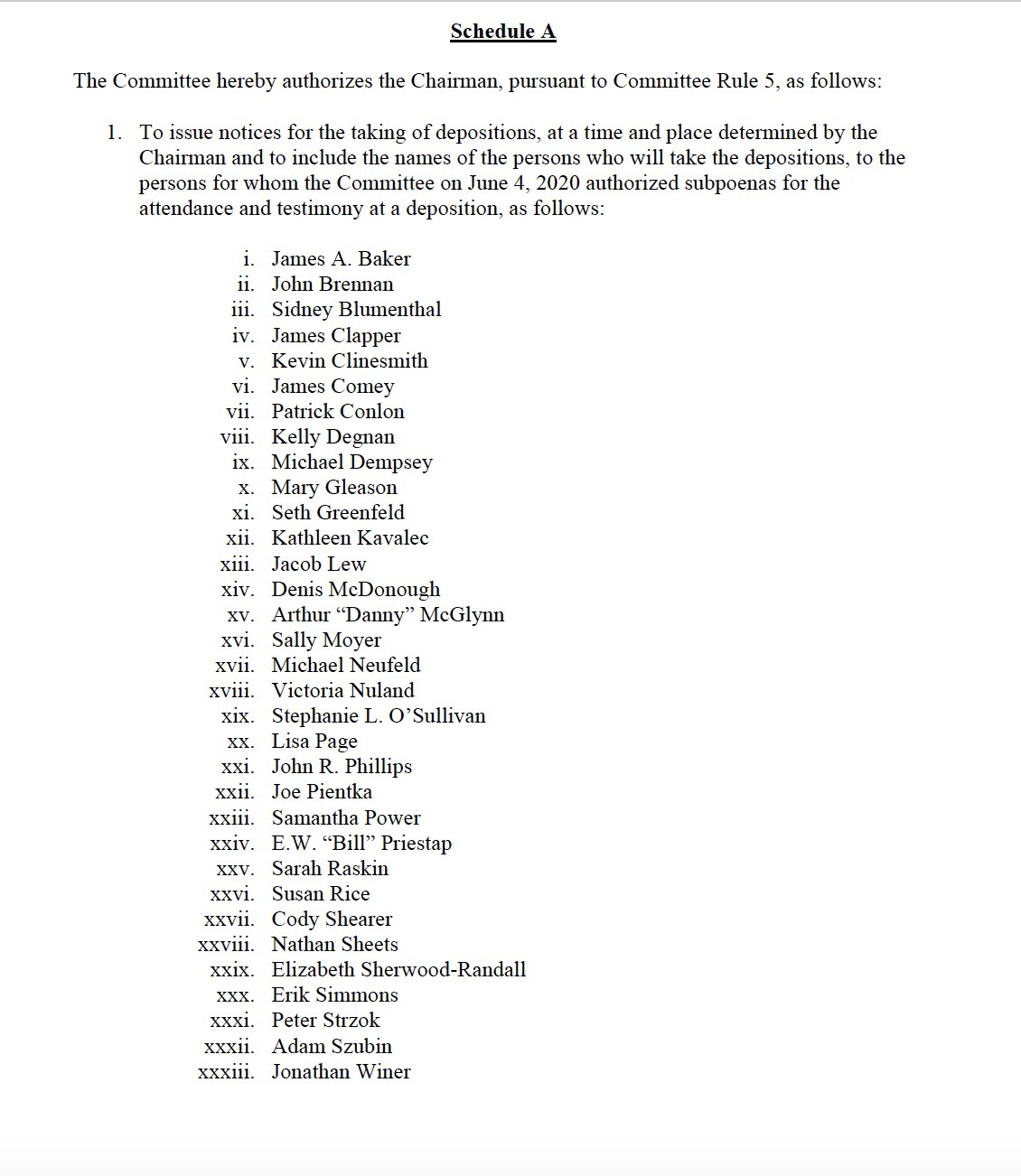 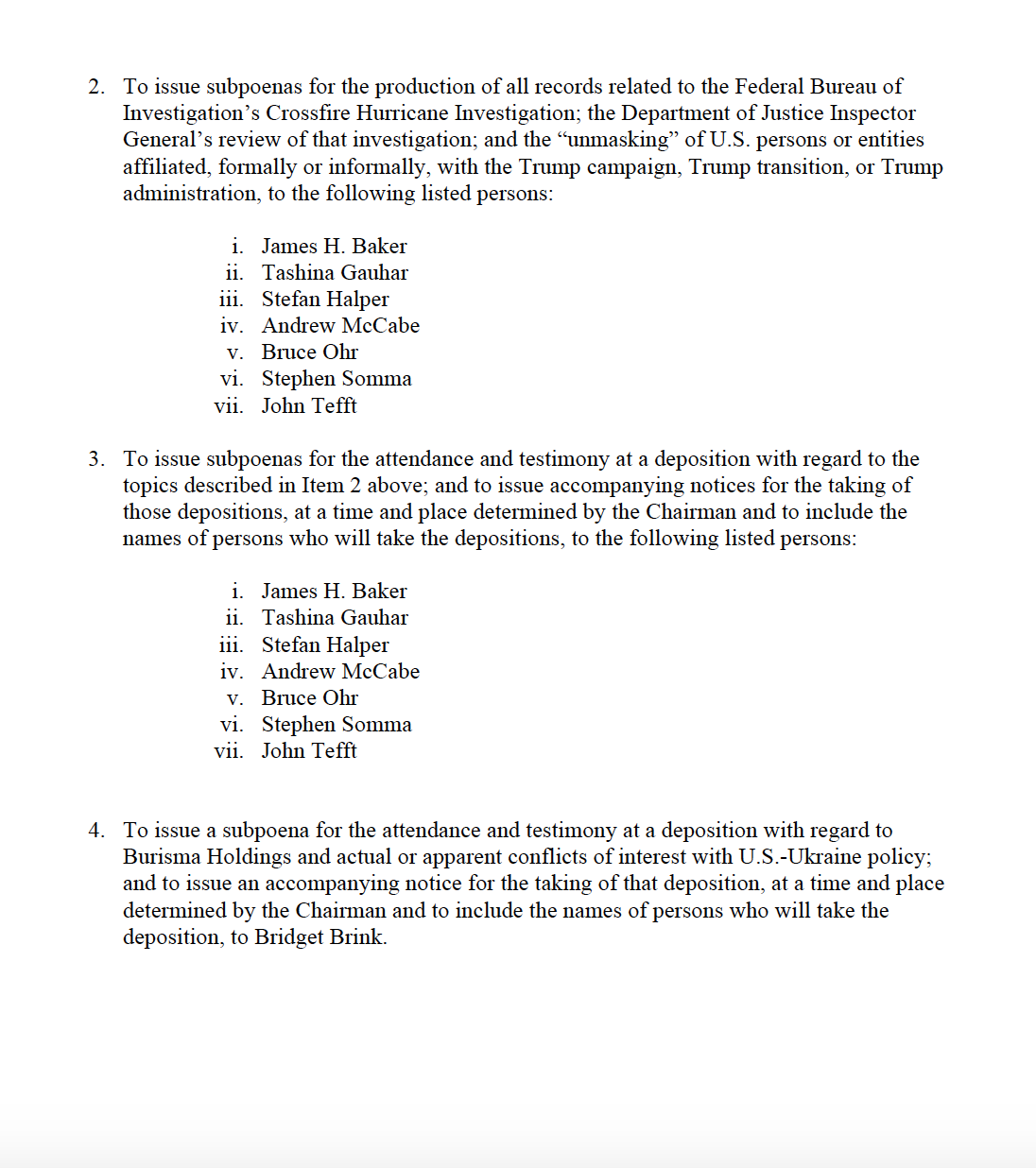